The Mafia Party Game is a fun game involving deception and strategy!  The goal for the innocent townspeople to successfully identify the mafia, while the goal for the mafia is to secretly “murder” the townspeople.  This game works best indoors with a group of about 8-10 people.

Setup for the Mafia Game

One person needs to be the moderator of the game, to oversee all the activities and narrate the events that occur in the game.  This game requires a way to determine who is a “mafia” person and who is an innocent “townsperson.”  Typically, there are two people who are “mafia,” and two people are “police,” while the rest of the players are normal townspeople.  In this case, the easiest way to assign roles is to use a standard deck of cards and use two Ace cards to indicate who the mafia are and use two King cards to indicate to the “police” are.  Use other cards to indicate that a person is not a mafia person.  Deal one card to each player and do not let anyone reveal their identity.

Once it is daytime, the moderator reveals the person who was “murdered.”  This person, killed by the mafia during the nighttime, cannot talk and is out of the game.  During the day, players can accuse other players for being a “mafia” person.  If someone accuses another player, another person must “second” the accusation.  If there is a person who seconds the accusation, then the accuser explains to the group why he or she thinks the person is mafia.  If the group decides to take it to a vote, then everyone votes on whether or not to kill the accused person.   If there is a majority vote, then the person is killed.  The moderator asks everyone to go to sleep (to close their eyes), as it becomes nighttime.

The moderator reveals the latest murder, and this person is also eliminated (must remain silent the rest of the game).  The accusation process repeats again, in which one person can accuse another person as being mafia, and if there is a second accuser, then the accused person must give a defense and then the entire town votes. If there is a majority, then that person is killed.  Steps 3 and 4 repeat over and over until the ending condition is met (see next section).

The game ends when one of the following occurs:

There are many variations to this game.  For example, one person can secretly play as a “Medic,” which is an additional role that secretly gets to point to a person who is protected for the night.  The medic can point to himself or herself as well.  If the mafia point to the same person who is protected by the medic, no one is murdered that night and the moderator announces during the next daytime that “Nobody was murdered.” 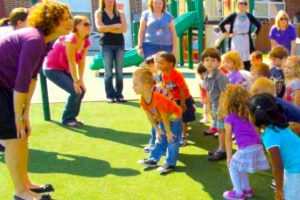 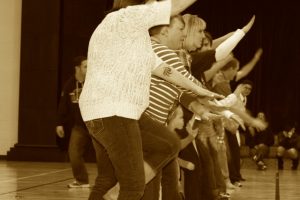 Use your body in a team-based Rock, paper, scissors game! 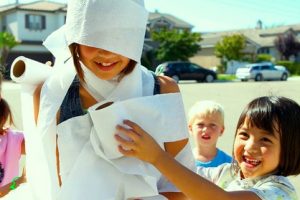 Wrap toilet paper around a person in a creative way!