Setup for the Tongue Game

Have everyone seated around a table.  Shuffle the cards and place them face down as a pile.  Deal each person four cards.  You’re now ready to play!

The Tongue Game is simple to play.  The goal is to try to get four of a kind (four Aces, four Kings, four Queens, or any other rank).  One person starts as the dealer. He or she draws a card from the shuffled stack.  He or she must discard one card to the next person on the right (clockwise).   Each person keeps passing one card clockwise.  The last player places the card into a discard pile.

The last player to stick out their tongue loses and is eliminated from the game.  The winner becomes the new dealer for the next round.  The cards are reshuffled and a new round begins.  Keep playing until there are only two winners left.

Use newspapers to make a new clothing creation! 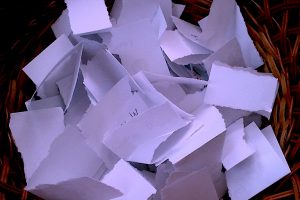 A guessing game with personalized clues! 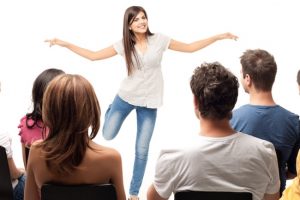